The National Service Scheme unit of this College was started in 2009 and functions under the Human Resource Development Ministry of India. It is an educational programme for personality development of the students through community service. This is to create social consciousness among students, by establishing a meaningful linkage between the campus and the community, especially the rural community.

The N.S.S. Unit No. 248 of this College conducts regular and special camps, awareness classes, demonstrations, personality development programmes etc. for the volunteers. The Unit has one hundred volunteers under the charge of a programme officer. The objective is achieved through camps for leadership training, blood donation, food and shelter for poor programs. The NSS volunteers have also embarked on programs wherein they assist the local governance to implement the assigned community development programs. Fulfilling this vision of extending social services of the academic community, the National Service Scheme of Holy Cross College has been playing a pivotal role since its inception in forming a well organized linkage between the campus and the community and it has grabbed many honors for its outstanding performance. 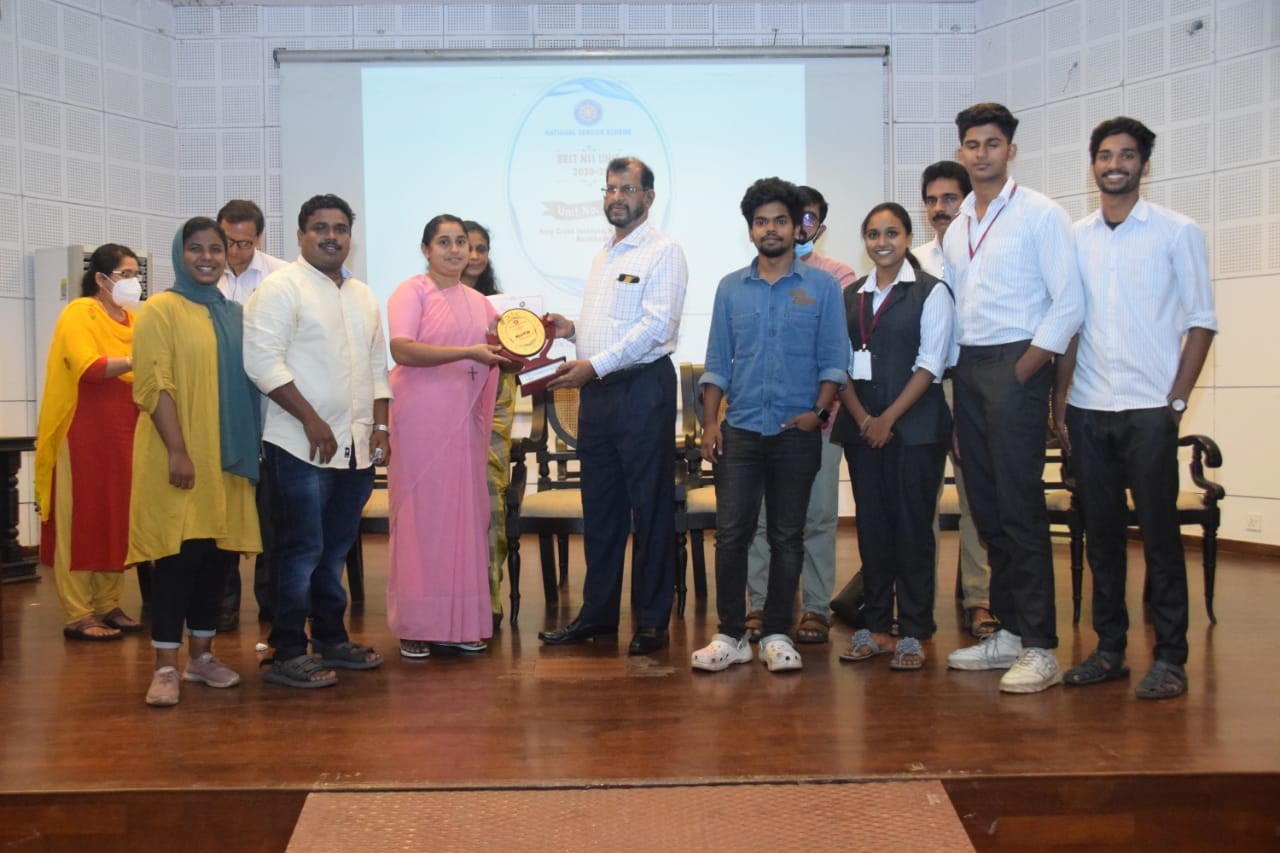 Acclaimed the following University Awards for the NSS activities:

Every Year our NSS students get selected for the National Integration Camp, Pre- RD Parade Camp & Adventurous Camp organized by University of Calicut.

The ambitious programme launched by the NSS Unit of HC College, on the occasion of the Golden Jubilee celebrations of university with the slogan- “University to people'' Abhayam- Suvarna jubilee Bhavana Padhathi - to build homes for the homeless. Project beneficiary was Mrs. Thankamani, college canteen staff. A fund collection campaign was kick started by the volunteers in order to raise the fund for the same. N S S Volunteers under the supervision of Management & Programme Officer raised the fund by utilizing their small investments in their pocket money, through house visits, Sponsorship, fund raised through various other programmes etc.

The Management, students & staff were determined for the cause and the volunteers were able to complete the project by the end of 2018. The key handing over ceremony of the same was held on 10th January 2019. The programme was inaugurated by Dr. P Mohan, Pro Vice Chancellor of Calicut University. Our College Principal Dr. Sr. Shiny George Presided the function and Calicut University Registrar Mr. Balasubhramanyam felicitated the event. The manual efforts rendered by our students and staff during the various stages of construction of the house were uncountable. Also, they received help from all sections of the society for this noble cause. Thus, they accomplished the task of someone else’s dream.

NSS Vigil Help Desk was a prestigious and innovative programme introduced through the Holy Cross NSS platform. The idea of the project was adopted from the novelty idea of HCC NSS volunteers. The anti-corruption initiative of Holy Cross College was a grand success eventually being adopted and replicated across the colleges in the state so that the public can directly inform them about corruption or seek help. It was first launched in Holy Cross College with the support of the then appointed DySP of vigilance & Anticorruption bureau, Sri Jossy Cherian, Since Corruption has become one of the major obstacles to economic, political and social progress of our country, we all have to work together in order to eradicate corruption. Our students were in the forefront for eradicating corruption and in maintaining high standards of integrity, transparency and good governance in all aspects of our operations. Volunteer’s timely involvement in many cases were a great help for the public.

The programme was launched on 13th February 2017, Monday and got replicated across the state. 5 help desks were set up in the district on a pilot basis initially with the support of the Vigilance and Anti-Corruption Bureau (VACB) so that the public can directly inform them about corruption or seek help.